Rayno Egner writes…
Just south of the border between Kenya and Tanzania and west of Mount Meru and Kilimanjaro lies the Rift Valley. Here from the dusty plains that lie on the foundations of the Ngorongoro Crater, between Lake Manyara and Lake Natron, to the top of the misty dew moistened forests of Mount Losimingori is the game controlled hunting area of MtoWaMbu.

Travelling from Joburg to Nairobi then hopping across the border on an early evening flight thru the “Gates” of Mt. Kilimanjaro and Mt. Meru myself and PH Hans Vermaak met up with Christy as she landed on the late evening flight inbound from Europe on KLM.

We settled in camp the next evening after a 3 hour drive from Arusha and watched the sun setting over the Crater rim.

It was an early start the next morning as we checked the rifles and prepared for 12 days of hunting. In the first few days Christy took some magnificent trophies including a Dik Dik, Grants Gazelle and a Lesser Kudu which tested the skills of the trackers and quick shooting from Christy. We then focused on Gerenuk and Fringe-eared Oryx. Following a report from one of the other hunting vehicles we tried to get onto an Oryx with huge lion wounds down its back but it managed to evade us. We passed many Gerenuk females each day until on the 7th a fine ram gave us a good hunt and went down with a single “on the walk” shot from the 300 win mag. It was then time to focus entirely on the Oryx. With the next day being a day off to visit the Crater we worked hard and at last light we found the same “lion scratched” Oryx as earlier in the Hunt. He took only one shot and went down as the light faded.

The Visit to the Ngorongoro crater was superb with 4 of the Big 5 sited in just 2 and half hours!! It also gave us a chance to recharge before continuing the safari back in Mtowambu. The last few days saw us checking leopard baits and taking on the thick steep undergrowth of Losimingori Mountain and coming off second, ultimately turning around and admitting defeat. Christy also secured herself other trophies such as a Thompsons Gazelle and White Bearded Gnu.

With the hunt complete and successful it was time to head back to Arusha and check out the local wares and Tanzanite before heading home. As we headed out on the early bird precision air flight towards Nairobi and the Sun poked its orange head over the white face of Kilimanjaro I realized that my return to this beautiful and diverse country could not have come any sooner! 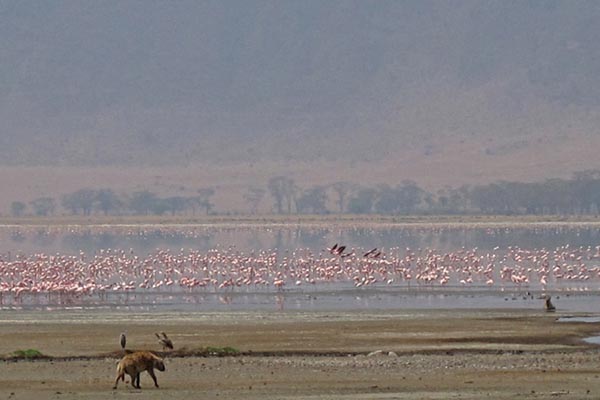 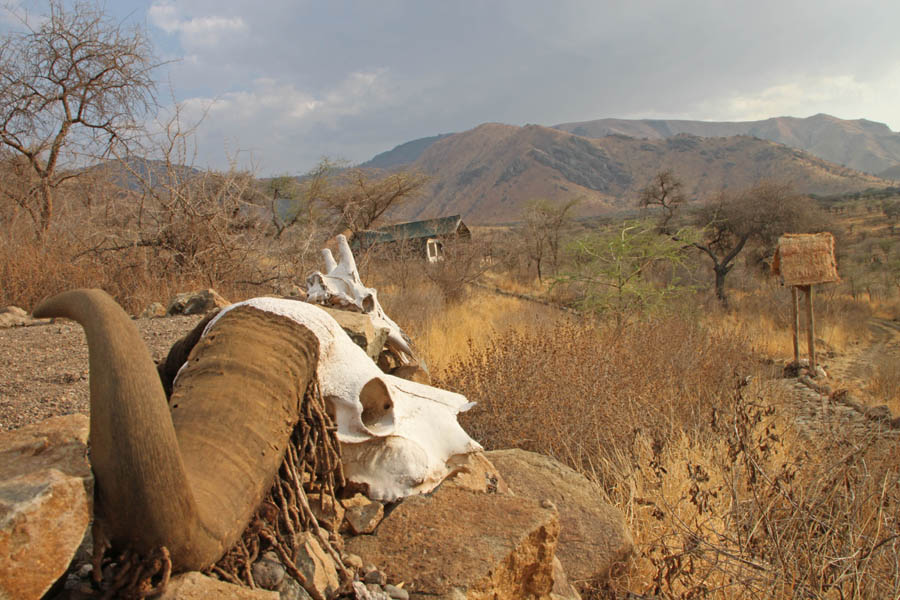 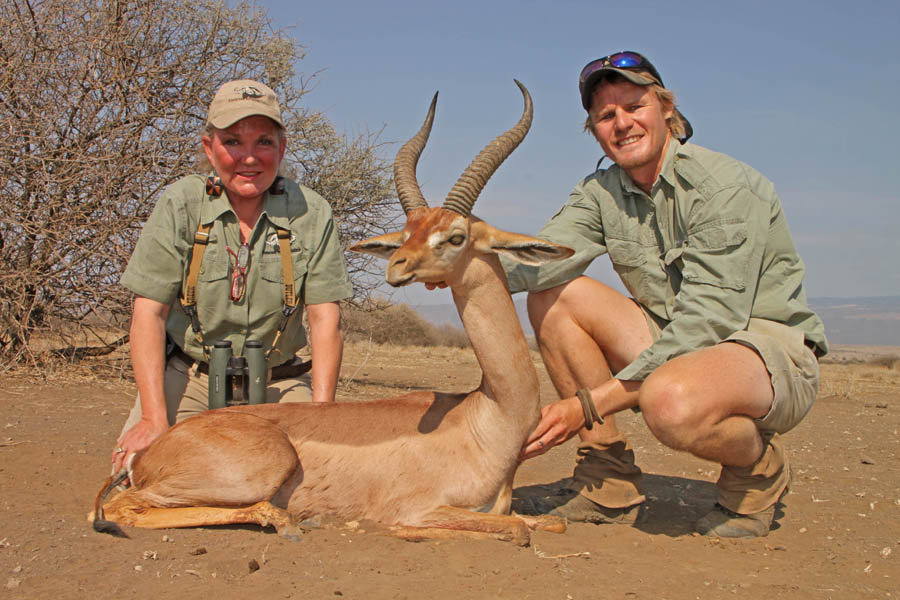 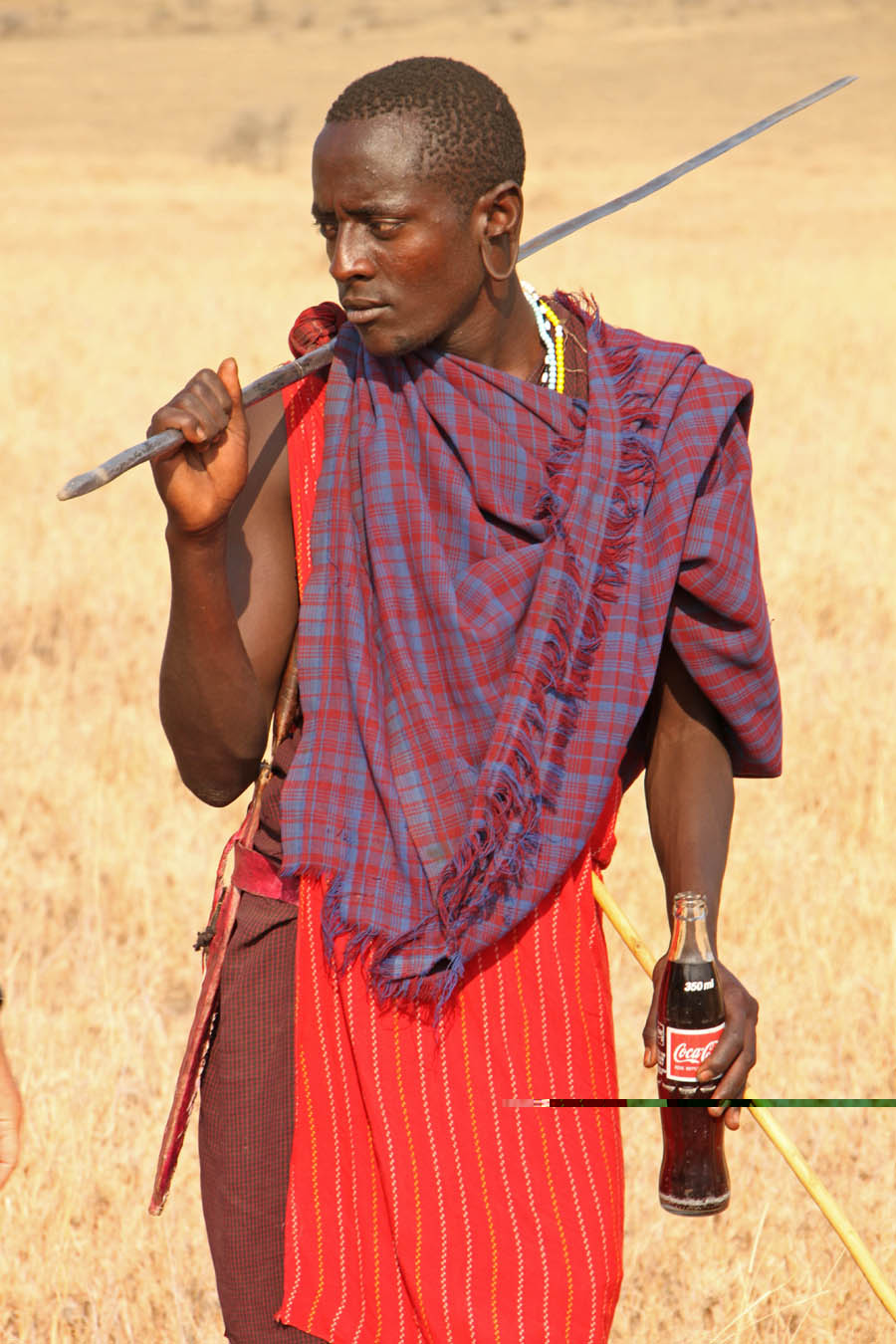